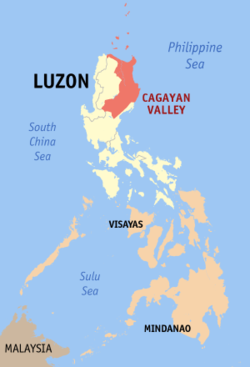 The Cagayan Valley is the largest region in the Philippines with regards to the land area. It is composed of five provinces: Batanes, Cagayan, Isabela, Nueva Vizcaya, and Quirino. Most of the region lies in a large valley in northeastern Luzon, between the Cordilleras and the Sierra Madre mountain ranges. The Cagayan River, the country’s longest, runs through its center and flows out to Luzon Strait in the north, in the town of Aparri, Cagayan. The Babuyan and Batanes island groups that lie in the Luzon Strait belong to the region.

Here are the cities in Cagayan Valley region (Region 2):