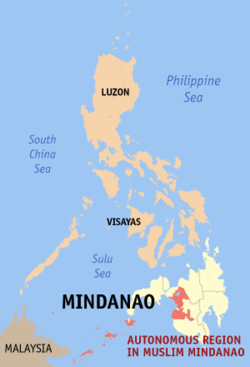 The Autonomous Region in Muslim Mindanao (ARMM) is the region located in the Mindanao group of islands. It is predominantly composed of the Muslim provinces, the Basilan (except Isabela City), Lanao del Sur, Maguindanao, Sulu, and Tawi-Tawi.

The ARMM region is the only region in the Philippines with its own government. The regional capital is at the Cotabato City even though this city is located outside of its jurisdiction.

The cities in ARMM region are: