“The City of Discipline”

Valenzuela was named after Pio Valenzuela, a Filipino physician who was among the leaders of the Katipunan and served as the towns first presidente municipal who was appointed to serve as such.

Prior to its present name, Valenzuela was first called as Polo (island). That was because the place was surrounded by rivers from the north and Tullahan River on the south so early townsmen called the p 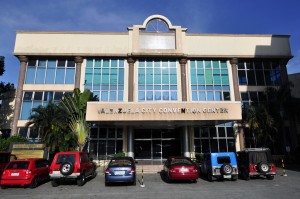 lace Pulo which later evolved into Polo due to hispanicization of the word.

The town was occupied by not only Spaniards and Americans but also by the British armies during the Seven Year’s War and by the Japanese during the Second World War. It was a terrible time for its people. One of the brutal incident that its people faced was during December 10, 1944 when the Japanese massacred and tortured to death 100 males from Polo and neighboring town Obando as they were suspected of rebellion. From 1:00am to the setting of the sun, the cries of those who were suffering the brutal death were heard inside Polo’s municipal building. When the joined forces of Filipino and American soldiers came, almost the whole town was burned when this forces used flamethrowers to burn all the suspected places where the Japanese might occupy, not excluding the 300-year old San Diego de Alcala church.

In 1960, President Diosdado Macapagal ordered the creation of the municipality of Valenzuela carved from few territories of Polo and is independent from the provincial government of Bulacan. However in 1963, another law was issued ordering the reversal of the previous edict and reunifying the towns of Polo and Valenzuela under the single name of Valenzuela. In 1975, Valenzuela was named as an independent municipality from the government of Bulacan and incorporated under the administration of Metropolitan Manila Authority. On 14 February 1998, President Fidel V. Ramos signed Republic Act 8625, or the Valenzuela City Charter, which elevated the status of Valenzuela as a highly urbanized, chartered city. 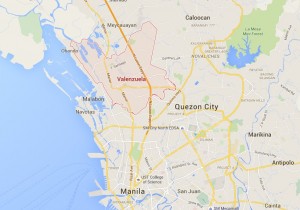 Valenzuela City has a total land mass of 44.59 square kilometer with almost 600,000 population (August 2010 census), making it the 10th most populous city in the Philippines. Its population is composed of 72% Tagalog people and 5% Bicolanos. There is a small percentage of foreign nationals who live in the city.

Its proximity to the equator tends to make its temperature to rise and fall into very small range: from as low as 20 °C (68 °F) to as high as 35 °C (95 °F). The Köppen climate system classifies Valenzuela climate as tropical monsoon (Am) due to its location and precipitation characteristics. This means that the city has two pronounced seasons: dry and wet seasons. The city’s driest months are from November to April where the city receives less than 60 millimetres (2.4 in) of rainfall. On the other hand, maximum rain period is from June to September where the city receives not more than 600 millimetres (24 in) of rainfall. Hail and snow is not observed in the city. 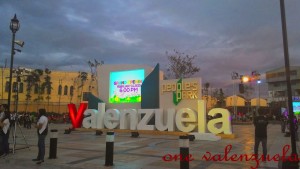