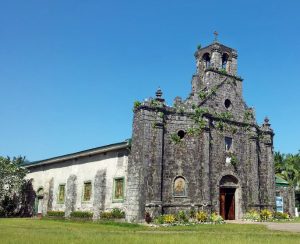 Sorsogon City was created by virtue of Republic Act 8806, which was signed into law on August 16, 2000 and ratified during a plebiscite on December 16, 2000. RA 8806, also known as the Cityhood Law, called for the merger of the municipalities of Sorsogon and Bacon into a component city of the province of Sorsogon.

The merged municipalities of Bacon and Sorsogon more or less shared the same establishment pattern with Bacon leading the way. The present-day settlements grew out of the Spanish missionary efforts in the 1600s. They both started as missions that were later made into parishes and eventually declared as civilian political units. Both places were already settled when the Spanish missionaries came in the 1600s. Pre-historic artifacts found pointing to human habitation ranged from the 3,000-year old remains in a cave in Bacon and ancient burial sites dug upstream of rivers in Sorsogon. 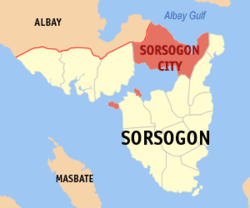 The city of Sorsogon is located at the northeastern part of Sorsogon Province in the southern tip of Luzon Island, around 600 kilometers away from Manila. The city center is situated on the coast along Sorsogon Bay where its port is located. The northern part of the city is bounded by Albay Province and Albay Gulf. Neighboring towns include Prieto Diaz in the east, Gubat in the southeast, Castilla in the west, and Manito town of Albay Province in the north. Most of the city’s land area of 338 square kilometer are considered rural which are either forested or devoted to agriculture. The northern part of the city’s terrain is mostly mountainous and hilly while the southern part is flat.

Sorsogon City serves as the main economic industry of the province. It also has sizable number of residents. Due to that fact, the city has enough potential to attract investment. It also has raw materials needed by the different industries. Some of the possible businesses that can be put up into the city are coconut oil and by-products, choco-pili candy, dairy products, furniture and fixture, ceramic products such as housewares and sanitary wares, and seaweed processing. 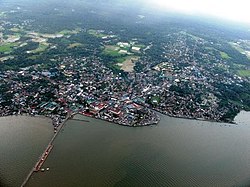