“Onion Capital of the Philippines” 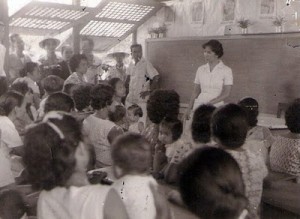 San Jose was but a wide wilderness with lots of uncleared agricultural lands. It was called before as “Kabaritan” which derived from the Ilocano word “barit” for a plant that belongs to the rattan family. “Kabaritan” means the place where “barit” grows in abundance. It was part before of the barrio of the town of Puncan but before of its nearness to Lupao, the barrio was transferred to Lupao.

Early inhabitants before of the Kabaritan were the Negritos (Baluga) and was headed by Kapitan Danding, a Negrito convert who lived in Pinagcuartelan. These people depended mostly to hunting and fishing for their livelihood. There are also some hunters from neigboring towns who found Kabaritan as a good place for settlement because of its wide forest lands. These coming settlers cleared the land by doing kaingin or clearing the forest lands in the area and planting crops for their living.

On March 19, 1894, the barrio of Kabaritan became an independent town from Lupao and was renamed as San Jose. The name was derived from the Patron Saint of the town, Saint Joseph.

San Jose City recorded a total population of 129,424, as of 2010. Majority of these people speaks Tagalog as the main language then followed by Ilocano, Pampango, Pangasinan, Bicol and Ilonggo.

Covering a land area of 187.25 km2 (72.30 sq mi), San Jose City is consist of 38 barangays. The city is located at the foot of the Caraballo mountain range. Due to its strategic location, the city was dubbed as “The Gateway to the North”.

The city’s economy is primarily agricultural. Rice and onion are the chief products. Other farm products are corn, sorghum, mango, livestock, and poultry. Within the city center are wholesale and retail trading, a few furniture and automotive shops, banks, and food service establishments. 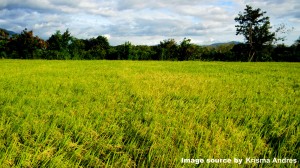 The city of San Jose, owing to its  location as a gateway to Cagayan Valley and Pangasinan Province, has the potential to become an agro-industrial center. Investors are encouraged to establish a modern cold storage facility or a food terminal and processing center. Other industries to put up are feed, fertilizer, furniture, jewelry, and consumer products.