“Seafood Capital of the Philippines” 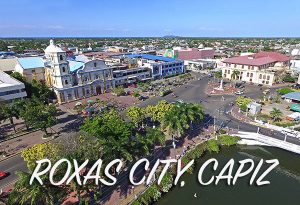 The abundance of marine life makes Roxas City the “Seafood Capital of the Philippines.” This environment-friendly city is home to one of the richest fishing grounds in the country. Being a recipient of the Cleanest and Greenest Component City in Western Visayas Award in the Gawad Pangulo sa Kapaligiran (GPK) Cleanliness and Environmental contest is a clear testament of its people’s commitment in ensuring a healthier and brighter future for all its residents and visitors as well. Recently, Roxas City has been a recipient of major awards from various government agencies. The Department of Health (DOH) awarded this city with the Red Orchid Award for being “100 percent tobacco-free.” It has also gained the Department of Interior and Local Government (DILG) Seal of Good Housekeeping and lauded the Best Police Station in the region by the Philippine National Police.

The City of Roxas, once known as the municipality of Capiz is the capital of the province of Capiz.

In 1569, Captain Diego de Artieda who was sent by Miguel Lopez de Legazpi from Cebu, landed on the town of Pan-ay and proclaimed it as the capital. Later the capital was moved to its present site upon discovering that the town of Capiz was near the sea where they can have better docking facilities. The Spaniards saw the long coastal cover and envisioned a trading and shipping center. Ports were constructed in Libas and later in Culasi.

In 1590, the Navy of Acapulco, Mexico made Capiz port its arsenal (naval yard) where they can seek shelter when the sea was rough. Capiz then eventually grew into a bustling port and several houses of stones were built. The social and political status enjoyed by the native chieftains of Capiz often resulted in mixed marriages with the Spaniards. The mestizo descendants became the base of the principalia or influential citizens. Their privileged positions allowed them to build houses around the favored square of the poblacion – around the church and the government complex.

In 1746, Capiz was made the seat of the politico-military government, although it was ecclesiastically controlled by the Bishopric of Cebu. In the latter part of 1795, under Gobernadorcillo Miguel Bautista, the old road to Baybay Beach was built as an extension of San Roque Street.

The town of Capiz was frequently attacked by Muslims that in 1814, stone forts at Baybay Beach (Baluarte) were built through the initiative of Gobernadorcillo Jose Consolacion.

Capiz became a chartered city on May 12, 1951 through House Bill 1528 sponsored by Ramon Acuña Arnaldo, the representative of the First District of Capiz. It was approved by President Elpidio Quirino on April 11, 1951 as Republic Act 608. Consequently, the town was named Roxas City after her greatest son, President Manuel Acuña Roxas, the last president of the Commonwealth and the first president of the Philippine Republic.

The language spoken in Roxas City are Capiznon and Hiligaynon.

Roxas City has basically an agri-based economy. Farming and fishing are the major economic activities which claim 52.87% of the city’s total land area. Although agricultural, the city is now moving towards commercialization and industrialization as it is the center of trade and commerce not only in the province of Capiz but also in the northern part of Panay Island.

The city has a national port, a fishing port and airport. Visitors or transients in the city could stay at any of the nineteen (19) available accommodation facilities and they could dine at the twenty-one (21) restaurant and thirty-nine (39) refreshment parlors. 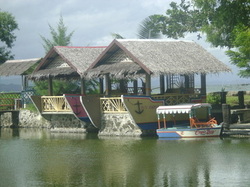 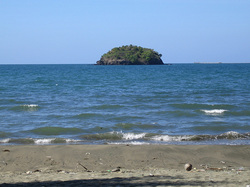 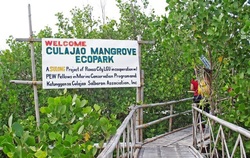