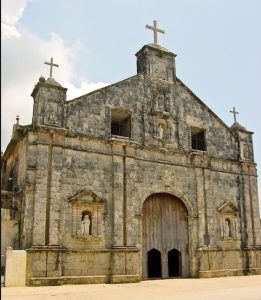 Bogo’s political community dates back to the arrival of the first waves of early Spanish colonizers in the capital city of Cebu. Settlements were already thriving along the shorelines of the town wherein seafaring tribes and traders from distant islands of the Visayas region and as far as the southern islands of Mindanao occasionally come to these settlements to sell or barter their products with the natives.The year 1600 ushered in the founding of real settlement which was subsequently transformed into a barangay where small huts made of cogon and bamboos squatted at the site where the Bogo Central Extension now stands. While the barangay was then a part of another bustling community of the north, now known as the town of Daan Bantayan. Hence, in January 1850 the Bishop of Cebu appointed Father Jaime Micalot, a Spanish friar, as the first Parish priest of Bogo and declared Saint Vincent Ferrer as the town’s patron saint.

The first mass was celebrated in a hastily built structure made of cogon roofing, mixed with bamboo and lumber materials on April 5, 1850, which coincided with the death anniversary of the Patron Saint. Unfortunately, this chapel was gutted by fire of undetermined origin and a new stone church was constructed in the same place where the present Bogo Town Plaza is located.
Early historians aver that the town of Bogo derived its name from a lone Bogo tree which stood on the brink of the shore which is now part of Bogo wharf. Under its foliage, the natives of the place meet incoming traders who rode on frail sailboats loaded with goods to be sold or bartered with the natives of the town. Some of these traders, however, remained and married with the natives of the place.

Per censal period as of 2007, the population of Bogo is recorded at 69,123. The population density of Bogo in that same year stood at 741.6 and with a population growth rate of 1.09 for the past 7 years.
Bogo has an area of 10,545 hectares, which constitutes 2.7% of the total land area of Cebu province. It has 29 barangays or villages, seven of which are located along the coast. The city belongs to the 4th Congressional District of Cebu. The city has a gentle rolling terrain to nearly level along the northeastern portion consisting of barangays Don Pedro Rodriguez, Polambato, Cayang, Poblacion, Dakit, Malingin, Gairan, and Nailon. It has a coastal line running approximately 27 kms., fringed with coral formations with pockets of sandy shores at Nailon, Siocon, and Odlot.

The land form and geologic formations of the area reflect the relatively broad limestone plain/mountain landscape. The terrain characteristic of this particularly geomorphic mapping unit is level to nearly flat, with common to many rock outcrops and very thin soils. 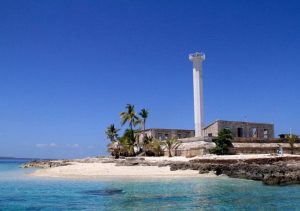 Nailon Beach Resort – Uniquely designed, Nailon features nipa-thatched roofed huts with 19 rooms all fully air-conditioned, equipped with twin beds and private shower rooms with running hot and cold water. Outside each room is a spacious balcony furnished with a small sala set, just right for an afternoon or evening laze to take in the fresh breeze or watch the evening sunset.
Nagano Pension House – is located in the heart of Bogo City. It provides easy access to the must-see heritage sites, urban beaches, and commercial districts of Metro Bogo and its nearby islands (Capitancillo, Malapascua, Bantayan Island). The clean, comfy, and well-located rooms at Nagano Pension House provide a great-value to visitors who wants to explore the queen city of northern Cebu.

Celebrated every June 16 in commemoration of the City Charter Day Celebration. The Festival involves creative street dancing depicting the sangi (Planting) and thanksgiving of the abundant harvest and merrymaking through dancing the Kuyayang