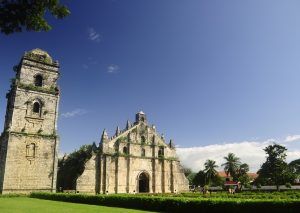 According to the kept archives, the first settlers of Candon were the Malayans. These settlers were consisted of farmers, fishermen, woodsmen and craftsmen. The village was ruled y three local chieftains: Abay-a, Madalang and Kalinio. Madalang chose to shade of gargantuan tree as their house. This tree said to stood in the center of the said village and under this large tree people converged to hold their meetings. The villagers named the tree as “Kandong”.

When the Spanish colonizers came in the 16th century, the tree was cut down upon orders of the friars. Its lumbers were used for the construction of the first Catholic church in the area. The Spaniards named the place as Candon from the natives version of “Kandong” tree. The people were then easily converted to Catholicism.

In 1780, the village was turned into a municipality. Under the Spanish rule, the village was quickly taken over by wealthy Spaniards employing the natives in conditions of near slavery. Famine occurred in 1881 and 1882. Then on March 25, 1898, a revolutionary government was declared and attacked the Spaniards. However, Spanish troops were able to re-occupy Candon. Most of the leaders and participants of the uprising were arrested and then summarily executed. 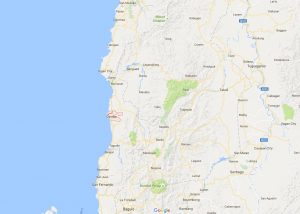 Candon City is in the lower central portion of the province of Ilocos Sur. It has a “C” shape with elevations ranging from 10 to 500 feet above the sea level. The city is surrounded by the municipality of Santa Lucia int he south, municipality of Salcedo int he southeast, municipalities of Galimuyod and San Emilio in the east, municipalities of Santiago and Banayoyo in the north and the South China Sea in the west. The climate in the city is generally dry that usually occurs from the months of October to May.

The total land area of Candon City is 10,328 hectares with built-up area of 7,306.44 hectares. Land use is based on Residential (both Urban and rural), commercial, institutional and parks, agricultural land, forest areas, and among others. It has a total population of 10,257. The predominant language used by the residents is “Ilokano”, however most people also uses Tagalog and English language.

The Municipality of Candon has a geographical setting and proximity to the national highway and other towns that encouraged greater mobility in terms of trade, economic, social and cultural activities. The Department of Trade and Industry termed the City as the center for trade and commerce in Ilocos Sur.

1. Bantay Church – it is the oldest church which served as a watchtower for pirates back in the Spanish colonial era. They gave its name – bantay (meaning to guard). Established in 1590, this establishment was the oldest church in the Ilocos Region. 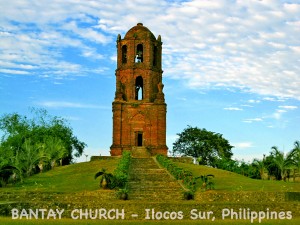