Quezon City, also known as the “City of The Star”, was the former capital of the Philippines. 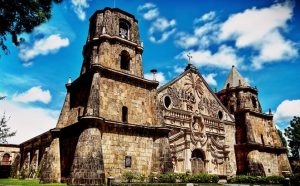 Before Quezon City was created, it was composed of small individual towns. Then in the early 20th century, President Manuel L. Quezon dreamed of a city that would replace Manila as the country’s capital city. It was believed that he got this idea when he went to Mexico earlier.

In year 1938, President Manuel L. Quezon decided to create a new city that will replace Manila as the capital city of the Philippines. That was due to the fact that Manila was getting crowded and was an easy target for bombardment by naval guns because it was near by the bay.

Without thinking that there is still possibility of bombardment from the air, still Quezon continued the idea of a totally new city at least 15 km away from Manila Bay, beyond the reach of naval guns. Quezon contacted William E. Parsons, an American architect and planner, and helped on selecting the Diliman (Tuason) estate as the site for the new city. Within that year Parsons died. His partner Harry Frost took over the assignment. Then the collaborated effort began constructing plans for the next capital of the Philippines, Quezon City. The plan was then approved by the Philippine authorities. 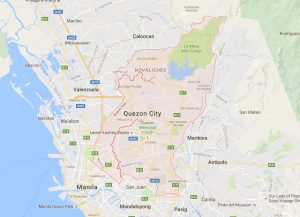 The city lies on the Guadalupe plateau which is a relatively high plateau on the northeast corner of the metropolis – between the lowlands of Manila to the southwest and the Marikina River valley to the east. The southern portion is drained by the very narrow San Juan River and its tributaries to Pasig River, while running in the northern portions of the city is the equally narrow Tullahan River.

The city can be divided into a number of areas. The southern portion of the city is divided into a number of places including Diliman, Commonwealth, the Project areas, Cubao, Kamias, Kamuning, New Manila, San Francisco del Monte, and Santa Mesa Heights. The northern half of the city is often called Novaliches and contains the areas of Fairview and Lagro. Most of these areas have no defined boundaries and are primarily residential in nature.

Quezon City is home to the Philippines’ major broadcasting networks. Television companies such as TV5, ABS-CBN, GMA Network, INC TV, UNTV, Net 25, PTV, RPN, and IBC all have their headquarters in Quezon City.

Tomas Morato and Timog Avenues are the heart of a restaurant and entertainment row with a wide array of prices, cultures, and flavors while Banawe Avenue is dubbed as the Autoparts Capital of the Philippines because of the concentration of car parts shops and accessories and home to clusters of authentic Chinese restaurants aside from Binondo. The tallest building in the city is a 40 storey Eastwood Parkview located in Eastwood City.