The Fashion Capital of the Philippines and The City of Lights 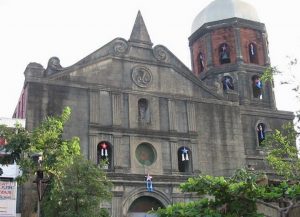 Even before the Spaniards came, Parañaque already had an ongoing industry. Their nearness to the sea enabled them to trade with other Asian traders such as the Japanese, Chinese, Indians, Indonesians and Malays. They used to trade salts, fish, rice, shoes and slippers.

The people showed loyalty to the Spanish colonizers and continued to be at their service whenever possible. That loyalty was put into test when a Chinese pirate named Limahong came to invade the whole town. The Parañaqueños, heroically helped to prevent this. The horrible battle led to the sacrifice of many lives thus calling it as “Red Sea Incident”. When the forces of Captain Juan de Salcedo came, Limahong was finally driven back and the invasion of the town was prevented. The people continued to be loyal to their oppressors, the Spaniards, when the British colonizers came and tried to invade the town. However that loyalty changed especially upon the creation of Katipunan and the continued participation of the locals there including prominent Parañaqueños such as Manuel Quiogue and secular priest Father Pedro Dandan.

Like the rest of Metro Manila, Parañaque also experiences a tropical climate with only two distinct seasons: wet (every July to September) and dry (every October to June). The city enjoys rainfall of 1.822 mm and an average temperature of 34.4 degree Celsius.

Parañaque is a home of warm, friendly, hospitable and devoted Filipinos. It also serves as the second home for various foreign nationals who came to love and like the city and its people. People from different places of the country also came to live in the city. Ten percent of the total population are pure Tagalog Paraqueños.

Parañaque is known for its dry and wet goods. They have dry goods market all over the northern part of the city. Much of those were known for their “ready-to-wear” (RTW) clothes. The fishing industry still continues in the city, stationed at Barangay La Huerta. There, marine products from all over the country are being shipped and can be purchased straight from the boats.

Due to its proximity to the sea, Parañaque is one of the major trade and business centers in the Philippines.