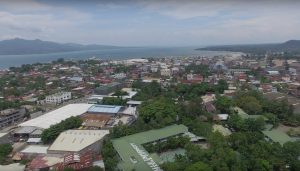 Before Ozamiz was created,  it was then a part of a town called Misamis.

The development of the old Spanish town, Misamis, was all because of the presence of the Spanish garrison stationed at the stone fort named Nuestra Señora dela Conception del Triunfo which was constructed about 18th century in so that the piratical activities will be controlled, which was originating in the nearby Lanao area. In 1850, the town of Misamis became the capital of the District of Misamis.

After the Second World War, Misamis became a chartered city by virtue of Republic Act 321 on July 16, 1948. RA 321 also renamed Misamis to Ozamiz after a WW-II hero José Ozámiz who hailed from the province of Misamis Occidental and who at one time also served as its governor. 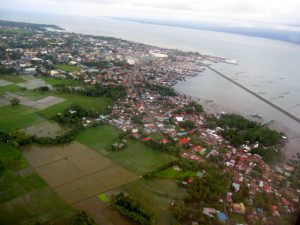 Last 2010, Ozamiz City recorded a total population of 131,527, inhabiting a land area of 16,407 hectares. The city is characterized by its low flat elevation in urban areas rising in slope upward to the west as it approaches the interior. The terrain toward the western border is particularly rugged and very sparsely settled as hills and rolling lands are among its physical features.

Ozamiz City is agricultural by resources, but it has become the center for Commerce, Health, Transportation and Education in this part of Mindanao, considering its strategic location and its peaceful atmosphere. The city has good harbor location, its local port is the principal outlet of mineral deposits, agricultural and forest products of the provinces of Zamboanga del Norte, Zamboanga del Sur, parts of Lanao del Norte and Misamis Occidental. 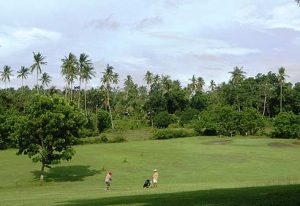 The feast of Our Lady of Triumph at Cotta Shrine is celebrated every July 16 which is also the Charter City anniversary. Subayan Keg Subanon festival is also held on the same day. The Cotta entertainment area has free live band concerts and other musical variety shows each weekend. Fireworks displays are held at Cotta during Fiesta and holidays. It can be seen across Panguil bay as far as Lanao del Norte.

The feast of Immaculate Conception is celebrated every December 8 while every 4th Sunday of January is the Sr. Sto. Niño Fluvial Parade held at Panguil Bay. Balanghoy Festival is held annually at Cotta area.