Ormoc City is a 1st class city in the Leyte province, Philippines. It is the first non-provincial city of the Philippines. It is also the economic, cultural, commercial and transportation hub of western Leyte. The city is also an independent component city, which is not subject to regulation form the Provincial Government of Leyte. Even though it is an independent city, it is still art of the IV Congressional District of Leyte together with Albuera, Kamanga, Merida and Isabel Leyte.

It is believed that Ormoc was first called as “Ogmok” by the natives of the town before. The place was used during the Spanish occupation and the migration of the neighboring towns to settle in the more fertile plains of Ogmok. Much of the settler in the town were the Malayans. These people had a constant trading with the Chinese, Javans and Indonesians.  Their living, however, was always threatened by the attack of the Moro pirates. It is said that the people in Ogmok developed a warning system communication through people manning watch towers to inform and warn the people of the coming of these pirates.

July 16, 1595, Jesuit missionaries arrived in Leyte. On May 1507, a mission in Ormok was established by these missionaries. That year, the locals were converted to Christianity. Their years of peace was shortly felt when in year 1634, a ruler of Sulu by the name of Raja Bungsu captured 300 natives form Ormoc after the invasion of the notorious pirates in the town. The towns of Sogod, Kabalian, Inopacan and Baybay were also invaded and plundered. More locals of Ogmok still fought this Raja and his men but because they were outnumbered, they were massacred up to the last man. 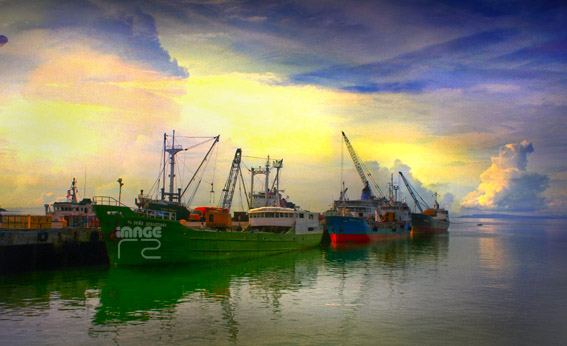 Ormoc City is a port city and is the largest city in Leyte by land area and the second largest in Eastern Visayas after Calbayog City in Samar. Fronting Ormoc Bay, the city’s terrain is mostly of gently rolling plains. It is bounded on the northwest by the towns of Matag-ob and Merida, in the north by Kananga, in the northeast by the towns of Jaro, Pastrana and Dagami, and in the south by the town of Albuera. High mountain ranges separate Ormoc from the eastern portion of Leyte. Numerous rivers and streams traverse Ormoc. Among them are the Bao River in the north, Pagsangahan River in the west, the Bagong-bong River in the south, the Panilahan River also in the south and the Anilao and Malbasag Rivers which border the eastern and western flanks of Ormoc City Proper.

The people of Ormoc are called Ormocanons and the native language used is Cebuano (or Kana). The townsfolk relate more to neighboring towns and Cebu than to eastern Leyte. According to 2010 population census, the city is being inhabited by 191,200 people, all living is a total land area of 613.6 km2 (236.9 sq mi).

Ormoc City serves as the center for commerce and industry in Leyte. It has an organized industry in geothermal energy, suga-based alcohol and industrial gases. It’s fertile soil is used as fishing ground, as most of the people are engaging in fishing and farming. Products that the city provides include cut flowers, dry goods, metal crafts, processed foods, crafts, novelty items, decors and furniture. Sugarcane, rice, pineapple, wood crafts, corn, fish, coconut, abaca and coco handicrafts, vegetables, root crops and livestock serves as the city’s major local products.