“The Queen City of Bicol” 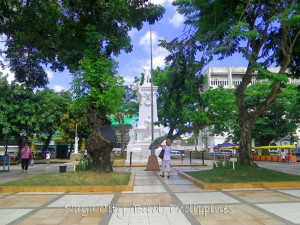 Before the coming of Spanish conquerors, Naga was already a flourishing village along the banks of the Naga River. It was an important village with comparatively sophisticated weaponry and surprisingly advanced culture.

In 1575, Captain Pedro de Chávez, the commander of the garrison left behind by Salcedo, founded on the site of the present business centre (across the river from the original Naga) a Spanish city which he named La Ciudad de Cáceres, in honor of Francisco de Sande, the governor-general and a native of the city of Cáceres in Spain. It was still by this name that it was identified in the papal bull of August 14, 1595 that erected the See of Cáceres, together with those of Cebú and Nueva Segovia, and made it the seat of the new bishopric under the Archdiocese of Manila.

In time, the Spanish city and the native village merged into one community and became popularly known as Nueva Cáceres, to distinguish it from its namesake in Spain. It had a city government as prescribed by Spanish law, with an ayuntamiento and cabildo of its own. At the beginning of the 17th century, there were only five other ciudades in the Philippines. Nueva Cáceres remained the capital of the Ambos Camarines provinces and later of the Camarines Sur province until the formal creation of the independent chartered city of Naga under the Philippine Republic.

The weather in the city from March to May is hot and dry with temperature ranging from 22 to 28 °C (72 to 82 °F). From June to October is the typhoon season and it is generally rainy. From November to February, the climate is cooler with temperatures ranging from 22 to 28 °C (72 to 82 °F). The average year-round humidity is 77%. 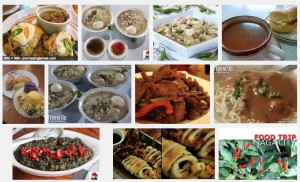 Strategically located in the heart of the Bicol peninsula, Naga City accounts for Bicol’s most number of business establishments, even as it is favored by the country’s largest companies to be the center of their regional operations in this part of South Luzon. Several international companies are in Naga City. The city is also the center of business and industries, even in trade for local municipalities surrounding the city. It also serves as the embarkation point of the Bicol Region and the receiving point of international supplies from Metro Manila. The city is also the major supplier of supplies from Metro Manila to other municipalities, and cities in the Bicol Region and Region 8 (Samar, and Leyte). Naga City is also the home of business when it comes to commercialization and industrialization of the Bicol Region.