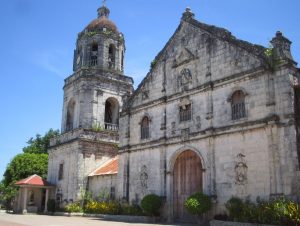 The town of Naga was already populous even before the Spaniards came.

When the Spaniards came, they organized the town into a cabeza de barangay, for the purpose of managing the place properly. A church was also constructed next. That all happened in the year 1829.

When the Spanish-American War broke up, armies of the United States came and camped in Naga at the old Corro residence with the purpose to recruit natives to join the Philippine Scouts. Many locals, including the people of Naga joined the recruitment. These recruits and other armies fought bravely in Bataan and Corregidor. There were hundreds of them who died during the war however, their sacrifice and patriotism were not wasted as the Philippine gained its freedom years after. Naga City is ranked second to Macabebe, Pampanga in the number of pensionados of the American Government. 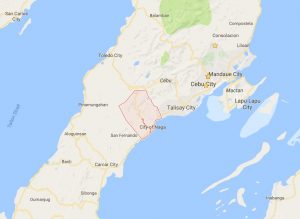 Naga City is in the eastern coast of the province of Cebu, which is 22 kilometers south of Cebu City. Surrounding the city are Minglanila town in the north, Hohol Strait in the east and southeast, town of San Bernardo in southwest, and the Pinamungahan town in the west. Terrain is characterized by a narrow coastal plain which gently rises to hills and mountains in the western and northern part of the city.

Main products of the city include rice, corn, coconut, rootcrops and vegetables. There are also some who do livestock and poultry businesses. The people living near the coastal areas are mostly engaged in fishing. There are also some factories in the city; these includes footwear factory, power plant, cement manufacturing factories and some marble production plants.

The city offers opportunities in food processing especially sugar-based foods, meat and fish processing. The manufacture of furniture, clothing and fashion accessories, jewelry, personal care and other consumer goods are encouraged. The establishment of commercial complexes and tourist facilities are welcomed in this city.