Famous for its ancestral homes that could be compared to the old Spanish colonial mansions in Vigan, the City of Malabon is one of the cities that make up the Metropolitan Manila. It is part of the sub-region Metro Manila called CAMANAVA (Caloocan City, Malabon City, Navotas City and Valenzuela City). 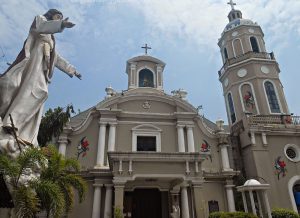 According to legend, Malabon got its name from the words “maraming labong” (plenty of bamboo shoots). This was originally called as Tambobong and was founded by the Augustinian friars as a “Visita” of Tondo on May 21, 1599. It remained under this administrative jurisdiction from 1627 to 1688.

The place served as the literary center during the Spanish Colonization in 1896. In fact, “La Independencia”, a revolutionary publication, was printed here.

June 11, 1901, under the virtue of the Philippine Commission Act No. 137, Malabon was officially made a municipality under the then newly-created province of Rizal. 70 years passed, Malabon became a part of Metropolitan Manila or the National Capital Region. It became a city April 21, 2001 under Republic Act no. 9019 upon reaching its 407th years.

As of May 01, 2010 the city had a total population of 363,681 living in the land area of 19.714 square kilometers. The city is plainly a residential and industrial town. The people mainly speak Tagalog.

The mode of transportation here, like the other cities in the Philippines, are jeepney, buses, tricycle and taxicabs. Bus and jeepney rides here are not expensive. Taxis can go to any route and tricycles are used for short distance transportation. However during rainy season, boats are used as the major type of transportation here thus making the traffic in the city, gaining it a title as the local Venice of the country.

Their main product is the Pancit Malabon, said to be the one of the flavorful noodles in the Philippines. Some of its unique ingredients are a mixture to the noodles of shrimp and shrimp juice, smoked fish, adobong pusit (squid) and chicharon (pork rinds). Since the city is a fishing center for Manila, the city is became known for its “bagoong” (fish paste) production.