Notable for its multicultural lifestyle, Makati became known not only in the country but also abroad. The city is a home for many Makati hotels, shopping centers, condominiums, financial and entertainment hubs – most of them being owned, managed and frequently visited by the successful foreign businessmen – which is the major factor that made this city very prosperous. 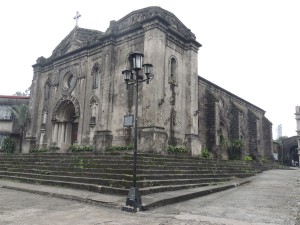 All starts from low but Makati didn’t just begin from low, it really started as a swampland! Some said that during the Spanish colonization, Juan Miguel de Legazpi dismissed the place as “worthless”.

The place, a farming community, was part of a wide municipality of Santa Ana de Sapa (part of Manila today). Then year 1600, the place developed as a center for pilgrimage for the faithful devotees of the churches of Our Lady of Guadalupe (now Our Lady of Grace) and Saints Peter and Paul. The place became an independent municipality by year 1670 and was named as San Pedro de Macati in honor of Saint Peter its patron.

As years passed, many investors came to the municipality, putting businesses there that took the attentions of foreign neighbors. February 28, 1914, the Philippine Legislature passed Act 2390 thus shortening its name from San Pedro de Macati to simply Makati.

“From grass to class”, as what they call it, Makati City  proved it throughout the years by being a great contributor to the development of the Philippine economy. 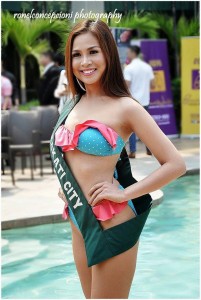 City has a population of almost 530,000 and increasing. In fact it was the 16th largest city in the country and was ranked as the 41st most densely populated city in the world. However in daytime, especially during the typical work days, the city reaches million of population due to large number of people working in the city. With a total land area of 27.36 square kilometers or 2,735 hectares it owns the whole 4.3% of National Capital Region’s total land area.

The people speaks Tagalog as their first language yet there are still many who speaks English here. As part of their multicultural lifestyle, it is never hard for any foreigner to be a part of the conversation.

Being a highly-urbanized city, Makati offers their condo units, hotels, restaurants, entertainment houses and malls. The cost of living here is significantly higher than the neighboring cities due to its commercial and residential areas which are relatively high in value; but there are still accommodations and services in the city that are cheep enough for economically-minded tourists. Some of those are the Makati Cinema Square, The Landmark, Cash & Carry and the Guadalupe Mall.

Aside from residential places and shopping centers in the city, Makati also has universities, telecommunications centers, hospitals and embassies. Much of these are known for its quality service and approved technical affluence.

There is a wide possibility for business in Makati. Call centers, hotels, condo units, shopping centers and resto bars are some of the businesses that are being flocked by the customers. Since there is a growing number of people visiting the place almost everyday, putting up a business that could fit in the urban, is a good idea.

The place is a center not only for economy but also for tourists attraction. From art museums and parks to memorial center, the city is paved with awe-inspiring tourist spots. These are always visited by the foreigners and local travelers.

They also have festivals. To name a few: