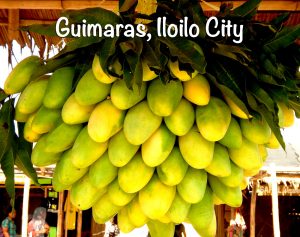 Guimaras is a province from Iloilo and you can get there by riding boats or other way of transportation. Iloilo has its own city that is called Iloilo City name after its own province. It is known to be the producing capital in the Philippines that has the most luscious and the sweetest mangoes you could have.  This event is done annually and they called this festival as Manggahan Festival (Mangga local term for mango.)

Manggahan Festival in Guimaras is rich in culture. This is celebrated in a long month to show their gratitude and blessings they have for their land. Guimaras is an independent province declared in the 22nd of May 1992 and through the years the success of this province were attained because of the unity of the people. This Magganhan festival is a time for people to gather and fell their unity through great dances and cultural activity.

There are many cultures in Iloilo that was adapted in this festivals. Most of the activities and shows you can see are very colourful costumes and can attract many locals and tourist. Guimaras Festivals highlight mangoes as one of the best product they could offer. The people in Guimaras are gladly offering their gratitude through a form of cultural activity that focuses on mangoes.