Early history says that the first settlers of the city were war-like descendants of the two Bornean Datus Dumangsil and Balikasusa between the 10th and 13th century AD. 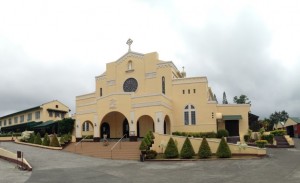 Tradition has it that the early settlements of Tagbakin in the southeastern region of Bombon Lake were inhabited by the war-like descendants of the two Bornean Datus Dumangsil and Balkasusa. From these pre-colonial settlements evolved the ancestry of Lipa.

It is said that the early Lipeños were Buddhist in religion and Indian in civilization while influences coming from other races also became inevitable due to the not so infrequent contacts with traders and merchants coming from China. With the Spanish conquest of the region, the Lipeños were also forced to embrace the Hispanic Christian culture of the West. This is the reason why they say that in Lipa, “the East also meets the West.”

In 1570, the Spaniards under the leadership of Martin de Goiti began to colonize the areas surrounding Lake Bombon and in 1605, Bombon was made an encomienda which was awarded to Marshal Gabriel de Rivera. The Augustinian missionaries established a mission center in Tagbakin which they named San Sebastian, in honor of the Christian martyr. In 1702, the settlement was made a regular municipality and in 1716, a regular parish with Fray Diego de Alday as curate. 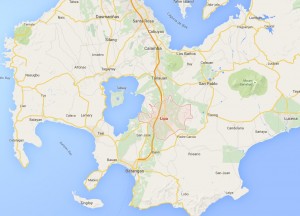 Lipa covers an area of 20,940 hectares (209.4 km2) at an elevation of 1,025 feet (312 m) above sea level. Its climate is generally cool, except during typhoons and in summer. Lipa City’s fishing area is located at Barangay Halang, in the west of the city; it is actually a portion of Taal Lake, which is connected to other municipalities (Cuenca, Mataas na Kahoy and Balete). The average yearly temperature is 23 degrees Celsius. The highest recorded temperature is 35.7, and the lowest recorded temperature is 16.4 degrees Celsius. Rainfall is sporadic during the year; it is dry from January to May, and wet from June to December.

As of 2011, the population of the city is 287,170. The people speaks Tagalog as the city’s main dialect. There are also some who speak English as it is used to be the language used in schools, business and offices.

The main product of the city is its coffee grains. They are also known for being the country’s provider of “kapeng barako”. Other farm products include rice, coconut, root crops and vegetables.

The influx of business process outsourcing (BPO) firms such as call centers contribute to the growth of the Lipa’s economy. Recently, the city was ranked 6th in the Top 10 next wave cities by the Commission of Information and Communication Technology (ICCT). Until now, these call centers make up the large working force for business in the city.