Las Piñas was regarded as one of the cleanest and safest cities of Metro Manila. 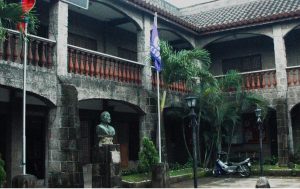 Its proclamation into a town varies depending to the two historical records available. Cavada, a Spanish historian and Fr. Juan Medina state that it was proclaimed as a town year 1762, while Buzeta recorded the event at 1797.

It was said that Las Piñas was a “war theater” before. During Philippine Revolution, the place was at Gen. Emilio Aguinaldo’s forces. After years, it was again occupied by the japanese during Second World Was and followed by the liberation period when the Filipino-American forces fought the Japanese Imperial forces until the end of war.

Las Piñas City has a total population of 528,011 with a growth rate of 1.54% yearly in 104,000 households. The population growth is due to the migration of other people from different regions outside of Metro Manila.

The city occupies a total land area of 41.54 sq. kilometers. Half of the land area is developed for residential purposes and the remaining half portion of the land is used for industrial and commercial which comprised of about 36.47% of the total land area, institutional with 37.68% of the land, and the rest for recreational or park areas.

During Spanish times, it served as a small fishing port. From that humble beginning, the place became known as the major center for salt making. Until then, Las Piñas boosted and became the place where the first “jeepney” was built. They continued to do these as part of their industry.

Las Pinas is primarily a city of residential subdivisions. As the city becomes fully built-up, there is no way to expand bu upward. Thus, a lot of opportunities have opened for building medium to high rise condominiums.