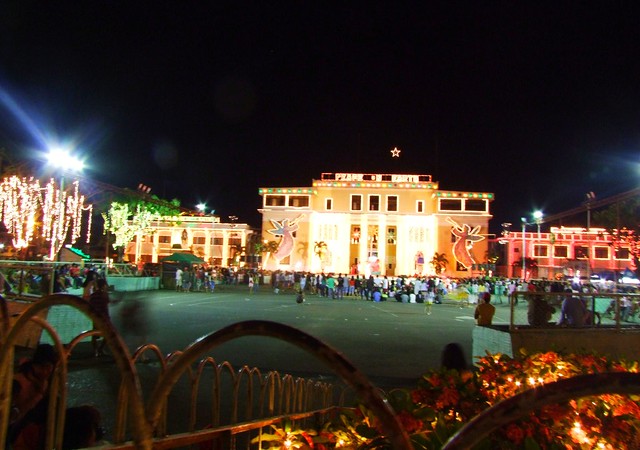 Even before the Spaniards discovered La Carlota, it was already an agricultural settlement. The natives grew rice for consumption, and tobacco for export. The earliest known settlement within the jurisdiction of La Carlota was along banks of Candaguit River. It was only in 1856 when historians mentioned about the village Mampunay, and the shift of the two settlements in an area which the parish priest appointed to be the area from settlements, the barrio of Simancas.

In 1856, the barrio of Simancas was placed under the jurisdiction of the Municipality of Valladolid. On July 23, 1864, however, the people of San Enrique, Pontevedra and Simancas were taken away from Valladolid to form the town of San Enrique. On October 15, 1869, the King of Spain issued a Royal Decree elevating Pontevedra into a parish and Simancas into a town. In 1871, King CArlos of Spain issued another Royal Decree changing the name of the town Simancas to La Carlota.

By the 1890’s, La Carlota’s agriculture advances became a model for farms in Negros. During this period the sugar planters of La Carlota had become sophisticated enough to organize a Circulo de Agricultores, the first organization in the island to under take an anti-locust campaign, and to participate actively during the 1898 revolution.

La Carlota has a total land area of 137.29 square kilometers and is being inhabited by 63,852 population (2010 census). The city is geographically located at the Southwestern portion of Negros occidental. It is bounded in the North of Bago City, the mountain ranges of Kanlaon Volcano in the East; the town of La Castellana in the Southeast, the town of Pontevedra in the South and the town of San Enrique in the East.

People in La Carlota speaks Hiligaynon as their native language like the rest of the people in Bacolod.

The 2006 Annual General Fund Budget was P 176,243,962.00.  Agriculture is the main source of  income of the people.   Employment  and  business  are  also considerable  sources of income.   Sugar is the main agricultural product of La Carlota.