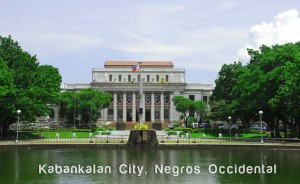 According to historians the first inhabitants of Kabankalan were people who came from neighboring towns. They derived the name Kabankalan from the word “Bangkal” a species of trees which is abundant and can be found in the place. The settlers established the Barangay form of government, which every group has its own leader called the Capitan.

In early years, Kabankalan started as a barrio of Ilog, a neighboring town of the city today. When Kabankalan turned into a town in 1903, its first town president was Capitan Lorenzo Zayco, but in mid-1907 a group of rebel called “pulahan” led by Papa Isio raided the town and burned all the houses. However, the people of Kabankalan quickly recovered and rebuilt the town from destruction caused by the dissidents.

During the Spanish regime, the people were taught by the Spanish with their language and introduced the Roman Catholic religion. When the American came they introduced the democratic form of government. During this time, a lot of improvements came through to the town and new modern techniques of farming were introduced by the Americans to the local farmers that give them good products.

After the American regime, another invaders occupied the town of Kabankalan: the Japanese, and during this time, a guerilla unit was formed to oppose the foreign aggression and many people fled to the mountain to avoid the Japanese military abuse but when Americans returned in the island, they helped the people to be freed from the Japanese.

After the World War II, the town began to move and regain the economy. The establishment of two sugar mills in 1960’s and early 70’s give the town a boost into the list of top improving towns of Negros.

The town of Kabankalan was declared by former president Fidel V. Ramos as a chartered city on August 2, 1997, under Republic Act No. 8297. 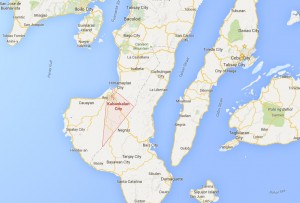 Kabankalan occupies the central portion of the Southern Negros Island and its geographically located at 10° north and 122° east. It is bounded on the north by the City of Himamaylan, on the northwest by Panay Gulf, on the southwest by Municipality of Ilog and on the southeast by the Province of Negros Oriental. It is 90 kilometers away from Bacolod City and 100 kilometers from Dumaguete City and the Southern most town of Hinoba-an.

The city offers opportunities in food processing especially sugar-based foods, meat and fish processing. The manufacture of furniture, clothing and fashion accessories, jewelry, personal care and other consumer goods are encouraged. The establishment of commercial complexes and tourist facilities are welcomed in this city.