“The City of Gentle People”

In 1890, the island-province of Negros was divided into two politico-military provinces, Occidental and Oriental. As earlier constituted, in 1898, Dumaguete was included in Negros Oriental. After the Philippine-American War, on May 1, 1901, a civil government was established by the Americans in the Province of Negros Oriental, including Dumaguete with the first city-mayor Meliton Larena Y Aureola.

When World War II broke out, the city was occupied by the Japanese Imperial Forces on May 26, 1942. It was liberated on April 26, 1945 by the combined forces of the United States, Filipino Soldiers and the recognized guerrillas.

The establishment of the local military general headquarters and camp base of the Philippine Commonwealth Army from 1942 to 1946 and the Philippine Constabulary 7th Infantry Regiment from 1944 to 1946 was stationed and located in Dumaguete during World War II. 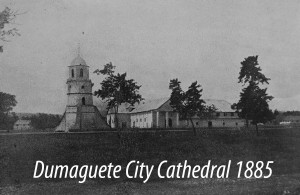 As of 2010, Dumaguete City had a total population of 120,883. These people speaks Cebuano as their native language.

The City has a land area of 3,362 hectares (8,310 acres),situated on the plains of the southeastern coast of Negros Island near the mouth of the Banica River. Of the province’s 19 municipalities and 6 cities, Dumaguete is the smallest in terms of land area. 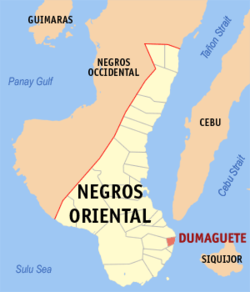