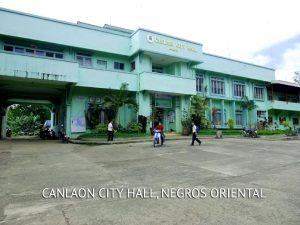 Canlaon was known before as Sitio Mabigo, of Barrio Panubigan which was then under the Municipality of Vallehermoso. It was named as such because of the bigo trees abounding the place. This wilderness area was ruled before by a native chieftain named Saniko. Later on, Mabigo became part of the sprawling property of Don Diego de la Viña in Vallehermoso. The area soon gained prominence as a hub of commerce and agriculture as migrants from Cebu, Bohol and Panay settled in the area. In 1941, an Ilocano geodetic engineer, Isidro Bautista Sr., together with the other residents filed a petition urging the national government for Mabigo’s conversion into a municipality. However, war in the Pacific broke out and dimmed all hopes for township.

It was October 11, 1946 that Sitio Mabigo was converted into a municipality. It was then named as Municipality of Canlaon. It was then changed into a component city on July 2, 1967.

As of 2010, Canlaon City recorded a total population of 50,627. These natives speak Cebuano as their language. English and Tagalog are used in the school, government offices and other business institutions in the city. There are also some who talks in Hiligaynon. 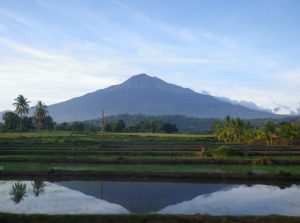 Main products of the city are vegetables and fruits. These can be purchased in a very low price. It’s easy to grow plants here since it is situated in the elevated part of the island. You can see sugarcane fields and rice fields almost at every side of the road, giving you a rural feeling in the middle of the city. Much of the agriculture products of the city are exported to the neighboring municipalities and islands.

Canlaon is a growing city. Because of its proximity to the Mount Canlaon and to other tourist attractions in the city, a hotel and restaurant business is perfect here. Business that offers local memorabilia will also give a big boost in the business.

Canlaon City is also an ideal place for the production of organic products and herbal plants. Businessmen are also encouraged to put up tourism facilities especially resorts and demonstration farms. Small scale factories for the production of processed foods, furniture, and handicraft items are very much welcomed in this city.