Borongan was just a small town back in 1600 and was called as Guiborongani. It was called on its present name due to the heavy fog that usually covered the place.

Borongan developed because of the help of the religious missions established by the Jesuits during the 1604-1768, and the Franciscans from 1768 to 1868.

During the Philippine Revoluton, Borongan served as the site for the uprisings of the Pulahanes. Public officials were also first appointed in the place and was called as “president” and “vice president”. Whe the Japanese left the country, the town was organized into a municipality, led by a mayor and vice mayor. It was then made as the capital of Eastern Samar. 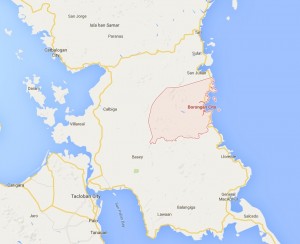 According tot he 2007 census conducted by the CBMS, the City of Borongan has a total population of 59,354 people whose the majority of them speaks Waray-Waray as their common language. Much of the population can speak Tagalog and English.

Borongan City has a wet market that sells foodstuffs like rice and corn, grains, dried and fresh fish. These products are mainly from the city itself and from the nearby towns. There are also pork, beef, chicken, preserved meats, vegetables, fruits, condiments and spices, root crops, native cakes and others. 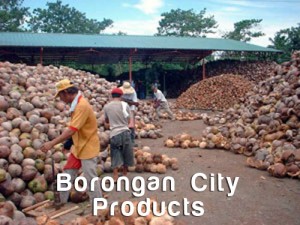 The place also sells locally-made and beautiful native basketware. It also has the largest and the only shopping mall in Eastern Samar. It opened in 2005 for business operations and is located along the national highway in Brgy. Songco at the northern fringe of the city. Appliance stores, mini-groceries and ‘sari-sari’ stores also abound throughout the length and breadth of the city selling items ranging from basic necessities to supplies for recreational and entertainment activities. Several hardware stores also operate catering to the needs of the city’s construction industry. The city has numerous restaurants and eateries offering local cuisine randomly located throughout the city limits while nightspots can be found mostly along the length of Baybay Blvd. at the eastern edge of the city immediately abutting the shoreline of Borongan Bay. Major and new oil companies have their own oil refueling stations within the city limits selling engine lubricants, kerosene as well as regular, unleaded and premium gasoline and diesel fuels.

Borongan’s main product is copra. It has lively commercial activity throughout the year not only catering to the needs of the local city populace but serving as well as the central business hub of the entire province of Eastern Samar. Many families rely on coastal and deep-sea fishing as well as lowland and upland farming as means of livelihood.

Borongan City has many of the Philippines’ most wonderful natural attractions from resorts to beautiful white- as well as black-sand beaches. Its pristine and undisturbed forests contain spectacular streams, river rapids, waterfalls and caves so very sought after by nature lovers, trekkers and spelunkers – locals and foreign visitors alike. Many more of its scenic spots can be found by those who have the time and the energy to search for them within the vast, idyllic territorial expanse of the city. 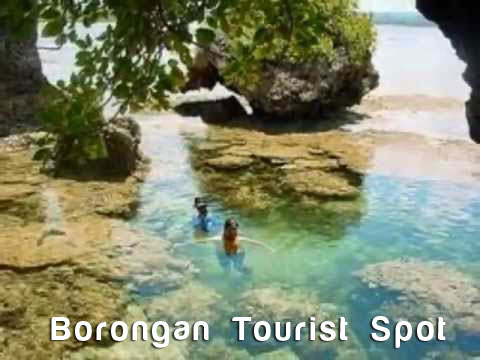