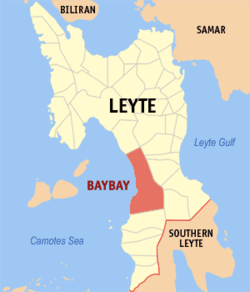 The City of Baybay is a component city in Leyte province, Philippines. It is situated in the western part of Leyte coast. It is bounded by Camotes Sea on the west; Albuera on the north; Inopacan on the south; Burauen, La Paz and MacArthur on the northeast; Javier on the east; and Abuyog and Mahaplag on the southeast.

Some claim that Baybay was the only settlement on the western coast of Leyte known to the first Spanish conquistadors that came with Magellan. The settlement became a place for religious organizations such as the Jesuits and Augustinians. Places of worship and schools were erected in the place, to own the hearts of the people. The people responded in a positive way and accepted the religious teachings of these organizations and others that followed.

Baybay, aside from those religious friars, also became a place of interest for those hoping to invade the place. The Chinese attempted to conquer the community, but the brave and staunch natives foiled several attempts. The Moro came next.  On October 22, 1605, these Moro raided the place. The pirates left countless dead and carried almost 60 men as captives. And again, on November 4, 1663, the Moros under the dreaded Corralat left many of the people dead and took much of them as captives after mercilessly killing those men who tried to defend the town, even with the aid of the parish priests.

After that and throughout the years, Baybay continued to develop and became one of the biggest towns in Leyte. 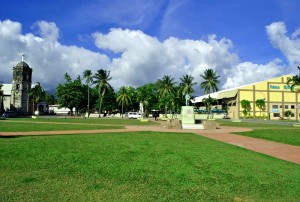 It has a Type 4 climate, which is generally wet. Its topography is generally mountainous in the eastern portion as it slopes down west towards the shore line.

According to the 2010 census, it has a population of 102,841 people. Also, it is the 2nd largest city after Ormoc City in the province in terms of land area. Before, Baybay was the biggest town in Leyte in terms of land area. Covering an area of 46,050 hectares (459.3 km2), Baybay is composed of 92 barangays, 23 of which are in the poblacion, with one barangay jointly located. The remaining 68 are rural barangays. 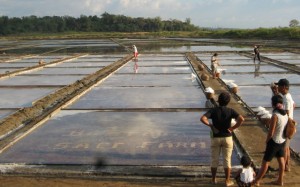 Generally an agricultural city, the common means of livelihood are farming and fishing. Some are engaged in hunting and in forestal activities. The most common crops grown are rice, corn, abaca, root crops, fruits, and vegetables. Various cottage industries can also be found in Baybay such as bamboo and rattan craft, ceramics, dress-making, fiber craft, food preservation, mat weaving, metal craft, Philippine furniture manufacturing and other related activities. 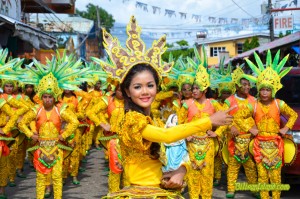