It was in 1751 when the Spanish friars first established their settlement. After 116 years, Tolong Nuevo (Bayawan’s former name) had existed as early as 1868 as part of Tolong Viejo (now Municipality of Sta. Catalina). It was not until 1872 when it was formally organized into a pueblo. By 1953, the name of Tolong Nuevo was changed into Bayawan.

Bayawan City, as of 2010, has a total population of 114,074. These people speaks Bisaya as their native language, there are some who speaks Tagalog and English. These two languages are mostly spoken in schools and business offices. 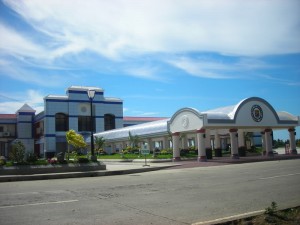 Bayawan City is located about 100 kilometers or 62 miles from the provincial capital Dumaguete City and near the provincial border with negros Occidental. It is a coastal city with a land area of 69,908 hectares (172,750 acres), the largest in the province. Mabinay bounds it to the north; Tanjay City and Bais City to the east; Sta. Catalina to the southeast and Basay to the west and it also shares a boundary with Kabankalan City of Negros Occidental on the northwest.

Bayawan is more of the rural setting than urbanized with only 2.25% of its total land area as urban area. The city is basically agricultural and its economy sits on agricultural platform. Revenues from land farming, livestock production, aqua-culture activities and marine fishing are a major income contribution of the City. In 2000, the assessment of City Agriculture Office (CAO) indicated that agricultural production was valued at Php 2.3 Billion; 91.4% of which came from crop production, 7.9% from livestock production, and 0.7% from fisheries.

The most famous delicacy in Bayawan City is “Baye-Baye” which is a concoction of roasted glutinous rice, coconut and sugar pounded or ground to achieve a unique palatability. The Baye-Baye together with the crunchy Pinipig has become a favorite and popular merienda.

The city of Bayawan has an enormous potential for economic development. It has a vast tracts of land area suitable for agriculture. It has also some forested land from which wood and other raw materials can be sourced. Fronting Sulu sea, it has untapped marine resources. Its tourism potential is largely undevelop. Together with nearby towns of Santa Catalina and Basay towns, Bayawan has a ready market of more than 200 thousand people. Electric power is readily available from nearby Palinpinon geothermal field in Valencia town. It has rivers ready to be tapped to generate electricity and provide water for irrigation.