Last August 20, 2015 the President of the Philippines, Mr. Benigno S. Aquino III, approved the following, special (non-working) days, and special holidays (for all schools) for the year 2016. It is numbered as Proclamation No. 1105.  Though the regular holidays in our country will still be observed, there are other changes made. The President had added some special dates to be considered as special holidays for the coming year. 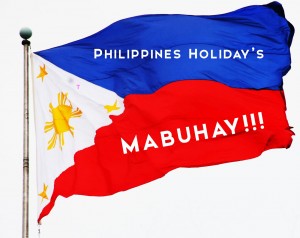 Nineteen nationwide holidays have been declared for 2016.

The following were declared by virtue of Proclamation No. 1105, s. 2015, unless otherwise specified: